After two blow out wins for England and Wales, both sides lock horns in a highly anticipated showdown at Twickenham. Ireland fresh from their last gasp (get out of jail card) win over France in Paris play host to an Italian side who travel more in hope than expectation. Scotland and France look to gain much needed momentum at Murrayfield. Intriguing fixtures. Hawkeye Sidekick previews the action.

Can expansive Wales upset England on the road? 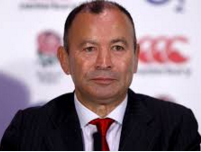 The key question of this weekend. Wales were excellent in their defeat of Scotland last weekend but Warren Gatland and management will be first to admit that Scotland were well below their best. It is also debatable that England defensive line speed will be as ponderous as Scotland’s last weekend which saw Patchell control affairs and unleash his back line with unerring frequency.

The back row battle at Twickenham is evenly poised. With the decision to allow James Davies to return to the Scarlets for Pro 14 action, it is down to Josh Navidi and Justin Tipuric coming off the bench to grapple and torment England at the breakdown. Navidi was sensational last weekend in his breakdown work, winning ball and slowing down Scotland ball to a crawl. Tipuric continued the good on his introduction and his ball carrying was on point.

England’s back row looks solid. Sam Simmonds has taken his chance superbly at eight in the absence of Billy Vunipola. His brace of tries last weekend showed the player’s mobility, strength and speed. His breakdown work was on point as well as Lawes and Robshaw.

The half-back contest will be fascinating. Care vs. Davies. Ford vs. Patchell. The scrum-halves on show will look to create at every given opportunity so do not be surprised if there are plenty of open exchanges during this contest. Joseph’s inclusion is a key inclusion, his pace and power have caused issues for Wales in the past.

This is a contest if Wales can compete well in the scrum have a realistic chance of producing a result on the road. Can Wales then get enough ball in hand to ask questions of May defensively? It is a huge ask and England do have serious threats with May and Watson playing superbly with ball in hand.

This is the standout fixture of the round. England to shade this contest but the margin of victory could be minute. Wales will come to this fixture full of confidence, nothing to lose with everything to gain. England are the team under pressure to deliver. Intriguing fixture and subplots await.

Ireland’s back line given chance to deliver or else

The Ireland team announcement was delivered with four pack changes but significantly no changes to the back line. No expected Jordan Larmour debut? Why?

Joe Schmidt wants to keep faith with the back line who faced France, an opportunity to see the back division if provided sufficient space and quick ball to showcase their talents. The three quarter partnership is retained. Aki and Henshaw were solid defensively but there were precious little moments of attacking play and platform last weekend, hope for better this weekend.

Jacob Stockdale’s defensive side of play has being under the microscope this week. The Teddy Thomas try was a superb effort and plenty are pointing the blame for the try at Stockdale’s door given his missed first time tackle. Stockdale is still young and learning his craft, good to see management giving the player continuity in the position. No doubt Schmidt has worked with the player to address the defensive lapse this week.

The pack changes were spun in a strange manner. I was unclear whether Jack Conan was included or  CJ Stander dropped? Conan deserves his opportunity given his form with Leinster Rugby this season. Game time for squad members is paramount this weekend.

Dan Leavy was a no brainer inclusion in the back row. Toner gets the nod, looking to impress and probably needs with Beirne primed for international duty next season and James Ryan’s emergence as an international second row last weekend.

The prop competition between Cian Healy and Jack McGrath has being intriguing this season for club and country. Both players are driving each other on, superb to see. McGrath will relish the opportunity to cause serious damage to the Italian scrum.

The bench sees Kieran Marmion given the nod ahead of Luke McGrath, perhaps a horses for courses selection or was it based on training performance this week? Larmour will get his debut at some point and it will be interesting to see the player with space to impress. Solid team selection from Ireland.

Italy make three changes to their side, two personnel changes in the front row while Steyn comes into the back row. Ghiraldini’s lineout throwing was on point last weekend. 100% lineout success so to replace the experienced hooker will prompt Ireland to put pressure on the line out with Toner, Henderson and O’Mahoney looking to unsettle the Italian set piece.

Quaglio and Bigi will need to front up at scrum time but with Furlong and McGrath looking in ominous form, Ireland have the set piece advantage here and with it the platform to create try scoring opportunities. The back row battle will be interesting for the first three quarters but Ireland will be confident to improve their clear out work to allow Murray quicker ball despite Steyn and Parisse. Mbanda’s exclusion is a baffler.

The Italian back line showed glimpses of potential. Allan was composed with his distribution, kicking on point to unleash his back three but the back three were also guilty of some naive defensive game time decisions against England. Watson had the proverbial field day against Italy. Earls and Stockdale should follow suit. Ireland bonus point try win all the way.

Gregor Townsend does not do sentimentality obviously. No opportunity for the likes of Harris, Price, du Preez, Toolis and Welsh to redeem themselves after wretched displays against Wales.

Suffice to say that Townsend has gone for the shock and awe team selection to stir a reaction. The passive performance from Scotland last weekend was at odds to the side who impressed during the November internationals.

All facets of play were under par. Game management was mediocre. Price pivotal in the concession of the opening Welsh tries; intercept pass and then scrum infringement. Russell with a pack retreating could not affect influence.

The pack were second best. The scrum creaked at various points and then the line out system collapsed in the second half giving Wales ample opportunity to create a platform. Maitland, Horne did provide much needed impetus but it was not little too late. Hogg’s lack of game minutes also exposed in defensive work. A week later, will the wrongs of last weekend be remedied?

France were defeated last weekend but there was signs of optimism in their last gasp defeat. Their work rate and defensive structure remained until the final play of game. Ireland were unable to break France down in a well organized defensive display. Teddy Thomas with his only genuine cameo scored a sensational try. The young players in the side did not shirk their responsibility.

Brunel and the squad’s question this weekend is whether they can continue this work rate and defensive organization while also trying to open up their talented back line. It was not seen as Ireland did by and large control the tempo and territory last weekend.

The conditioning of the French side was on point last weekend. No last quarter collapse and the age demographic of the squad suggests that Brunel will focus on youth and players who will work hard for the cause. Machenaud again was excellent in his game management and kicking; more expected from the Racing 92 scrum-half this weekend.

Scotland are in a backs against the wall scenario. If they cannot raise their game this weekend, it will undermine everything that Scotland have built in the last two seasons. Townsend and management will be feeling the pressure and the team selection is designed to execute an open, expansive game plan whilst allowing Laidlaw to game manage when required. Scotland to win but it will not be easy.