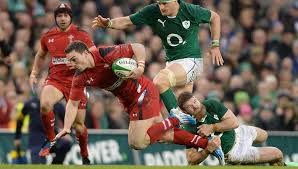 Ireland prospects win against Fiji with a mixed performance

A weekend where both Ireland and Wales management teams ran the rule over prospective players against Fiji and Georgia respectively. The end result was victories but the performances of both lacked cohesion with certain players stepping up to the rigors of test match rugby while others need to hone in on weak points and come back again in time.

Ireland’s 23-20 win over a determined Fiji side was a good test match to evaluate the squad depth at Joe Schmidt’s disposal. Joey Carbery’s sixty-five minute cameo was full of invention and creativity with ball in hand, aerial kicks were on point. The penalty kicking is a work in progress but the potential is massive. Wrist injury aside, the player will come back better and stronger in the New Year.

Andrew Porter also was a player who impressed me on Saturday. The Ulster prop versatility key and was solid in the set piece. A player which you could conceivably feature for Schmidt going forward. Adapted well and his age profile means that a 2019 RWC squad appearance is on the cards.

For the success stories on Saturday, other Ireland players struggled. The back row unit was second best to Fiji in the breakdown contest; eleven turnovers in the opening period was unacceptable. Ball protection was non-existent and allowed Fiji to create the unstructured / offloading play which they crave.

The scrum-half backup to Conor Murray debate intensified on Saturday. Marmion played for seventy-seven minutes and it was a mixed bag from the Connacht player. Several missed tackles, a couple of nothing plays with ball in hand saw Fiji win possession due to lack of breakdown support. Aerial kicks were average.

Marmion looked like a player who knew he had to produce and the pressure to impress hindered the performance for me at the weekend. Luke McGrath’s introduction to proceedings brought efficient game management to close out the game. McGrath’s box kick was on point and his speed of pass in his opening salvo was also noteworthy.

Some may view my comments on Marmion as harsh due to the back row issues in the breakdown particularly in the first fifty minutes of this contest but some of the plays called were ambitious at best; no look passes inside, running into cover defense and exposed as a ball carrier will do little for Schmidt and management. McGrath is primed for international action now.

The three quarters was a mixed bag. McCloskey had a strong ball carrying performance; several noteworthy gain lines in the opening period. Farrell tried hard but found gain line meters more difficult given slow ball from the ruck area. McCloskey from the two will eye further game time but given Aki, Henshaw and Ringrose in the ranks, it is going to be difficult.

Darren Sweetnam learned more on his defensive skill set against Nadolo than he has since emerging with Munster last season. Super opening try to proceeding but was exposed by Nadolo at the end of the opening period with a missed tackle and failing to adequately cover back when Nadolo produced a sublime kick in behind.

Sweetnam is a player who will come on leaps and bounds from this outing. Lovely balanced player who game reads superbly; solid in the air and ball carrying duties. It was the perfect test match to fully look at his defensive credentials; had some hairy moments but who doesn’t when faced against the Nadolo machine who was different class on Saturday night. Pivotal squad player for RWC 2019.

Officiating at times left plenty for comment. Fiji guilty more than once for a high tackles not penalized. The tip tackle at the end was a horrendous decision, no consistency from the TMO who was indecisive at best. At least yellow and Fiji got away with one.

Warren Gatland like Joe Schmidt fielded a side with plenty of rookies and prospective fringe squad talent on show. A promising opening period where Wales played some lovely phases of rugby descended into a trench warfare second half where Georgia asked serious questions of Wales defensively in the last quarter.

Only Welsh management and medical staff can properly comment on the fitness of their props at the death but the sight of two Welsh props ready to come on after the Thomas Francis’ sin bin looked out of sorts. The no contest scrum hindered Georgia more than the hosts.

Georgia provided ample evidence that they can compete at this level albeit every pack intensive with little creativity past the ten channel. The physicality of the Eastern Europeans in the set piece was to the fore and the scrum was a constant issue for Wales who also experienced lineout malfunctions during the contest.

Raynal unfortunately officiated the set piece inconsistently and there was a series of scrums straight in front of the Welsh posts (second half) which on another day could have prompted the award of a penalty try such was Francis’ penalty concessions before Georgia were pinged after a Welsh scrum surge (finally) to end the passage of play.

Priestland and Lydiate stood out in this performance. Their performances gave their inexperienced colleagues the support required on the day to get over the line and secure the win. Priestland’s kicking was on point throughout and his decision making to unleash his back line was seen to full effect in the opening period.

Dan Lydiate gave a display in the back row. The breakdown work was sharp but it was his work rate and tackle count which caught eye. 26 tackles made during the contest, immense statistics and his ability to slow down Georgian ball in the final quarter gave the hosts time to regroup defensively. A player who will look to re-establish a starting berth for next weekend against New Zealand.

Georgia will feel that this was an opportunity lost but the lack of expansive play needs to evolve for the side. The debate will be whether they should be allowed play in the RBS Championship? The brand of rugby is very abrasive but they would be well capable of competing in the tournament.

Wales focus turns to New Zealand and after Scotland’s display at Murrayfield and the increasing number of All Black injuries, there is hope given that the first team players were given last weekend off. Intriguing to see how Wales fare but last weekend was a struggle and the closing moments left questions to answer on sporting conduct.