The first round of the tournament played during the Natwest 6 Nations competition saw teams forced to dig deep into their squad depth charts and the results produced were interesting to say the least. Hawkeye Sidekick reflects on the action.

Team Performance of the week

Benetton Rugby’s performance in not just beating the Scarlets but securing the bonus point try win in the process is the standout performance of the round. After a weekend where Zebre Rugby were trounced by Munster Rugby and the Italian national team easily beaten by Ireland, Benetton Rugby lifted the mood for Italian Rugby fans with a performance full of work rate, game management and creativity.

Ioane was the standout performer with his hat-trick but the performances of Banks, Morisi and Zanon set the tone for which the rest of the team followed. The use of the diagonal kick seen to good effect with the opening two tries for Benetton Rugby. Scarlets simply had no response for a rampant Italian side. A result to focus minds in the Welsh region ahead of a crunch road trip to Leinster Rugby this weekend.

Honorable mention to the Dragons who held the Glasgow Warriors to a fifteen all draw at Rodney Parade. A scintillating opening period where each clubs defensive coaches were having canaries in the stands such was the openness of the contest. Glasgow will rue a lack of precision in the second half to win this contest but Dragons young charges fronted up and deservedly did not lose this contest. A boost for Bernard Jackman, management and playing squad.

Exciting finish of the week

When Barry Daly scored for Leinster Rugby for their third try of the contest with sixteen minutes left, neutrals may have being forgiven to think that the contest was gone from Edinburgh but this team have a good habit of striking late to win tight encounters. Edinburgh Rugby secured this win courtesy of the move of the game. Van der Walt chipping deftly ahead, Glenn Bryce soaring for the ball in the air and knocking it backwards into Bennett’s path and the experienced back was not going to cough up this opportunity. The resultant conversion from Sam Hidalgo-Clyne was of no consequence. Edinburgh Rugby had won the contest. Cue the celebrations! Edinburgh Rugby still in the playoff hunt and their upturn in form continues. Leinster Rugby will dust themselves down, look at the defensive lapses ahead of the Scarlets top of the conference fixture next.

Keynote player arrival of the week 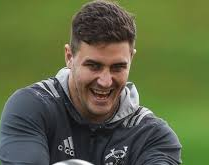 The arrival of Gerbrandt Grobler to proceedings during the Munster Rugby contest against Zebre Rugby was the keynote player introduction this week. Ireland sporting and rugby media have written at length over why the player should or should not be playing for Munster Rugby in recent months due to his past doping history.

It has being quite the thorny issue for some in the province and nationally but the player has incredible upside (a player who did play for Racing 92 last season). Physicality, mobility and ability to seamlessly integrate into van Graan’s game plan will mean that the player is a prominent player for the province come the business end of the season. The rapturous welcome for the player spoke volumes, more to come from the player and it will be interesting to see how the player evolves into the game plans of the first team in the coming weeks starting with the Cardiff Blues on the road this weekend!

Dismal team performance of the week

The South African sides were again off the pace in this round of league fixtures. The stop / start nature of the league in recent months have done very little to allow either the Cheetahs or Southern Kings to gain any form or momentum.

While the Cheetahs lost more ground on Munster Rugby and Glasgow Warriors with a road trip loss, the Southern Kings were quite simply overwhelmed by Ulster Rugby on Friday night. The same failings that have plagued the side consistently this season in full view; the inability to adapt to the wintry NH conditions and players unable to execute at a high level with far too many unforced errors.

Gilroy will not have scored an easier hat-trick of tries than last Friday night. Gibbes and Ulster Rugby management will be happy with the start but realize that a home trip to Edinburgh Rugby will be more of a gauge of whether the side are on an upturn in form and performance. Southern Kings need the season to end now.