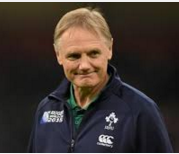 After an excellent 26-21 win victory in Melbourne last weekend, Ireland have forced the series decider against an Australian side who failed to reach the heights of their Brisbane test match success. Hawkeye Sidekick highlights the key pregame notes from this Sydney test match decider.

I am like a broken record at this stage but the back row battle will ultimately decide who wins this test match series. Both sides have enjoyed dominance in this facet of play during the test match series. Pocock was sublime in the opening test only for Peter O’Mahony to dominate the breakdown proceedings last weekend.

Both units have made personnel changes for this fixture. Jack Conan comes in at eight meaning Stander moves to six and O’Mahony continues to operate at seven for Ireland. Leavy misses out due to injury. Australia have responded to last weekend by drafting Tui into the six jersey (a player who plays in the second row for Queensland Reds) to add physicality to the unit.

Hooper continues at seven while Pocock will operate at eight but will continue to be marquee player for Australia at the breakdown battle. Back row balance issues potentially on both sides, it makes for an intriguing final test series battle. The bench options may play a significant factor in the final quarter to win this finale.

Joe Schmidt has recalled Sean Cronin for this test match finale. The Leinster hooker gets the nod after no action in the previous two test matches and there were doubts that Cronin would feature on this tour. Scannell deputizes on the bench after an excellent cameo last weekend. Herring was good in the opening test match. Depth chart at hooker has being identified in the hooker position in the absence of Rory Best.

The half back positions still have a question mark on the depth charts. The nine position has being filled by Conor Murray meaning Cooney and Marmion have received precious little game minutes. The question on who deputizes for Murray remains a wide open question. Luke McGrath back in Ireland must be back in the running for the nine jersey given how this summer tour has unfolded. November test series has to identify the understudies for Murray ahead of RWC 2019.

The fly-half position will see Sexton start. Sexton was on point last weekend but hopefully Ross Byrne will get a cameo in the second half of this test match. Carbery got valuable minutes in the opening test against a pumped up Australian outfit. Byrne needs to experience the intensity of test match rugby as well.

Big opportunity for Nick Phipps at the weekend. Phipps starting due to the injury to Will Genia last weekend, provides experience and solid game management. It will be interesting to see if Phipps can establish quick ball for Foley to unleash the Australian back line loaded with pace and talent. The kicking game between Murray and Phipps will be a key battle to see which side gains early territorial dominance. Yet another exciting battle beckons.

Australia’s front five will look to respond after last weekend’s loss to Ireland. James Ryan, Tadhg Furlong, Niall Scannell were particularly prominent in set piece and open play. The fact that Australia have gone for a 6:2 split in favor of the forwards for this test match indicates that Australian management will clear the bench to maintain tempo and work rate in the pack. Samu’s cameo cannot be understated as Tui will probably last for around fifty minutes. Samu’s physicality will be required to provide the cohesion and platform for Hooper and Pocock to control the breakdown exchanges.

Can Ireland’s back line fire?

Stockdale makes a return to the starting lineup, the back line unit is the same that played in Brisbane. The back line struggled for cohesion despite some good moments. Sexton at the helm will look to unleash Aki and Henshaw quickly in this test match fixture. Earls, Kearney and Stockdale will look to dominate the aerial exchanges and hope that the half back options can identify mismatches in behind the Australian defensive line. The aerial battle will be intriguing. Folau was stifled last weekend and it will be interesting to see how the Australians address this facet of play.